THE POWER OF STEM CELL NUTRITION!

“I have been on stemCELL-1 for 10 months and

i have no pain in  my legs, I feel great and it was the best product i have ever taken.”

“My wife has dementia and there is nothing worse than watching a loved one deteriorate right in front of you.   Doctors gave her all kinds of drugs that have done nothing but make her depressed.  I took a chance with stemCELL-1 and over the last 7 months i have seen improvement with her emotions, energy and even recalling who i am.   She is not fully aware of who i am still but over the next few months i am praying that this products will continue to improve her memory.   I would recommend this product to anyone suffering from dementia.”

“I have been using stemCell-1 for almost 7 months.   I got on it because of severe arthritis in my back and hips.   My doctors explained to me that the only way i would get better is if i had the surgery. This would  mean that i would have to get a hip replacement and have injections into my spine.  I have had 3 operations done on my spine already.  I have trusted the doctors all my life and all it has done for me is cost every bit of money i had.   As a last hope deal i got on stem cell.    It was the best thing i could have ever done.    My bulging disks in my back are so much better and my arthritis is better than i could have ever imagined.    Thank you WHITE CROSS and THANK YOU STEMCELL.   I would recommend stem cell to everyone!”

“I have been taking Omega-9 and Cell-1 for only 1 week and i can already feel the difference with my arthritis pain.”

Resveratrol was first isolated in 1940 as a constituent of the roots of white hellebore (Veratrum grandiflorum), but has since been found in various plants, including grapes, berries, cacao, and peanuts. What made it popular was a 2006 study that reported mice lived longer when given a resveratrol supplement. Research studies continue to find more interesting benefits from this red wine compound, including potential anti-cancer and anti-aging activity. It is not surprising that extensive research from all over the globe indicates that it has a wide range of beneficial properties, including vision enhancement. If you would like to improve your vision and have better color perception.   This means your eyesight will get better. 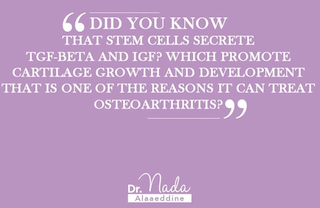 The Cells in our bodies are very important.  Stemcell’s make cells, cells make organs, organs make tissue.   Through out our life cells are always dying and regenerating.  Below is an example of how often out cells are being regenerated. 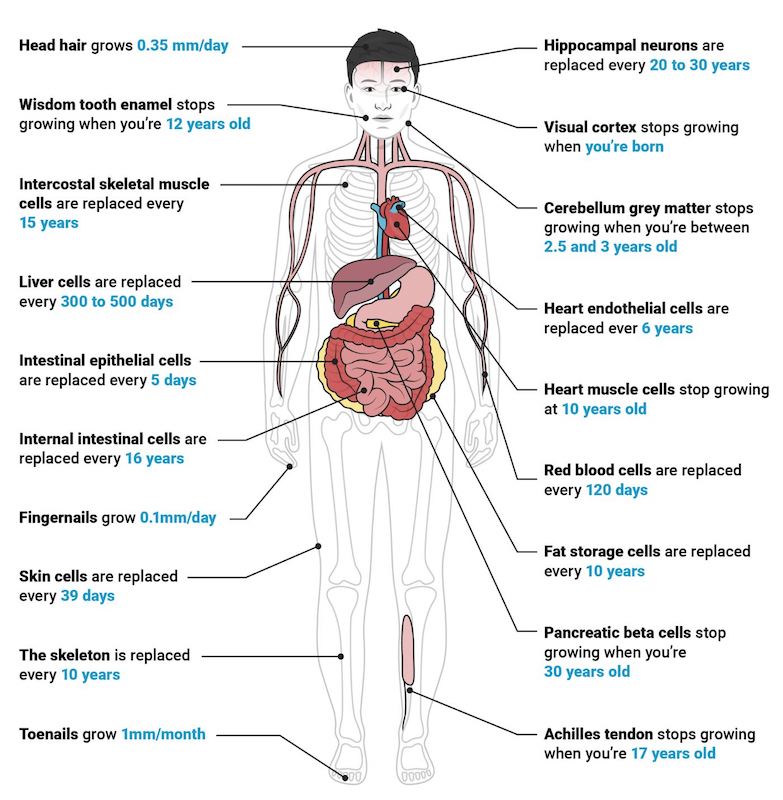 The right amount or dosage

Some people think the more they take the better. This is not necessarily true. Sometimes smaller amounts are better overall to the body than larger dosages. When participants in a high intensity exercise trial were given 250 mg, this high dosage counteracted the positive effects of exercise on blood pressure, levels of fat in the blood and the capacity of the body to transport and use oxygen. 2013, Journal of Physiology..

Resveratrol activates a cell’s survival defense enzyme, which prolongs the time cells have to repair their broken DNA

Cancer prevention and perhaps treatment Recent laboratory studies indicate that resveratrol has promising therapeutic activity in various cancers, including breast, prostate, and neuroblastoma. Human studies are lacking at this time.

Role of resveratrol in prevention and therapy of cancer: preclinical and clinical studies.

Identification of a p53-dependent pathway in the induction of apoptosis of human breast cancer cells by the natural product, resveratrol. J Altern Complement Med. 2004.

Lung cancer Consumption of red wine is associated with a slight but statistically significant reduction in the development of lung cancer, as reported in the journal Thorax.

Prostate cancer Coral Lamartiniere, at the University of Alabama at Birmingham’s Department of Pharmacology and Toxicology, gave male mice resveratrol, the equivalent of that found in a bottle of red wine in humans, and discovered that the mice were significantly less likely to develop prostate cancer.

This substance may dilate blood vessels and hence be of some help in those with ED.

Perhaps small amounts may help, but supplementing with too high a dosage, such as 250 mg a day, is not advised. 2013, Journal of Physiology. This particular study by University of Copenhagen researchers involved 27 healthy but inactive men, all nonsmokers around 65 years old. The men were asked to engage in high-intensity exercise, which included full-body circuit training, for a total of eight weeks. During this time, half of the participants were given 250 mg of resveratrol daily and the others were given a placebo pill that contained no active ingredients. The results showed that supplements counteracted the positive effects of exercise on blood pressure, levels of fat in the blood and the capacity of the body to transport and use oxygen. The men who took the placebo pills had lower blood pressure and concentrations of LDL or “bad” cholesterol and triglycerides in their blood following the eight weeks of exercise. Resveratrol supplementation combined with physical activity, however, eliminated the reduction in blood pressure and blood fats, and led to a significantly lower increase in the amount of oxygen delivered to muscles during exercise.

Br J Nutrition. 2015. The effects of resveratrol supplementation on cardiovascular risk factors in patients with non-alcoholic fatty liver disease: a randomised, double-blind, placebo-controlled study. Non-alcoholic fatty liver disease (NAFLD) is usually associated with insulin resistance, central obesity, reduced glucose tolerance, type 2 diabetes mellitus and hypertriacylglycerolaemia. The beneficial effects of resveratrol on metabolic disorders have been shown previously. The aim of this study was to evaluate the effects of resveratrol supplementation on cardiovascular risk factors in patients with NAFLD. In this randomised double-blinded placebo-controlled clinical trial, fifty NAFLD patients were supplemented with either a 500-mg resveratrol capsule or a placebo capsule for 12 weeks. Both groups were advised to follow an energy-balanced diet and physical activity recommendations. resveratrol supplementation reduced alanine aminotransferase (ALT) and hepatic steatosis significantly more than placebo. There were no significant changes in blood pressure, insulin resistance markers and TAG in either group. Our data have shown that 12-week supplementation of 500 mg resveratrol does not have any beneficial effect on anthropometric measurements, insulin resistance markers, lipid profile and blood pressure; however, it reduced ALT and hepatic steatosis in patients with NAFLD.

J Nat Products, 2015. Effects of Resveratrol on Benign Prostatic Hyperplasia by the Regulation of Inflammatory and Apoptotic Proteins. Resveratrol produced an antiproliferative effect by regulating the expression levels of proteins involved in inflammation and apoptosis during BPH.

Thyroid gland Q. There is a website that which shows that resveratrol causes the thyroid to enlarge. If you google resveratrol and goitrogenic, it will bring up medical and non medical blogs where they mention it to be one of the worst goitrogenic food. A. A search on Medline in 2016 does not show any published studies in humans regarding this compound causing an enlarged thyroid. One unpublished study in rodents by Ibrahim Abduh Khardali B. Sc. Pharm for his masters at King Saud University concludes, “So the present study can give hints to potential goitrogenic effect of resveratrol. At this time it is too early to come to any conclusions regarding its hypothyroid or hyperthyroid inducing effects. But, as with most supplements, if breaks are taken occasionally side effects become minimal.

stemCELL-1 also has Hyaluronic acid which is well known for its skin benefits, especially alleviating dry skin, reducing the appearance of fine lines and wrinkles and speeding up wound healing. It can also help relieve joint pain in people with osteoarthritis.